Located in the London Borough of Harrow, Stanmore Place is an award winning, contemporary mixed use scheme set within a high quality landscape setting. The site is located in a prime position close to Canons Park Station and encapsulates a series of plazas incorporating formal water features each uniquely designed to sit within the immediate context. Liz lake formed an integral part of the planning and design team, enabling condition discharge whilst taking concept sketches through to construction. 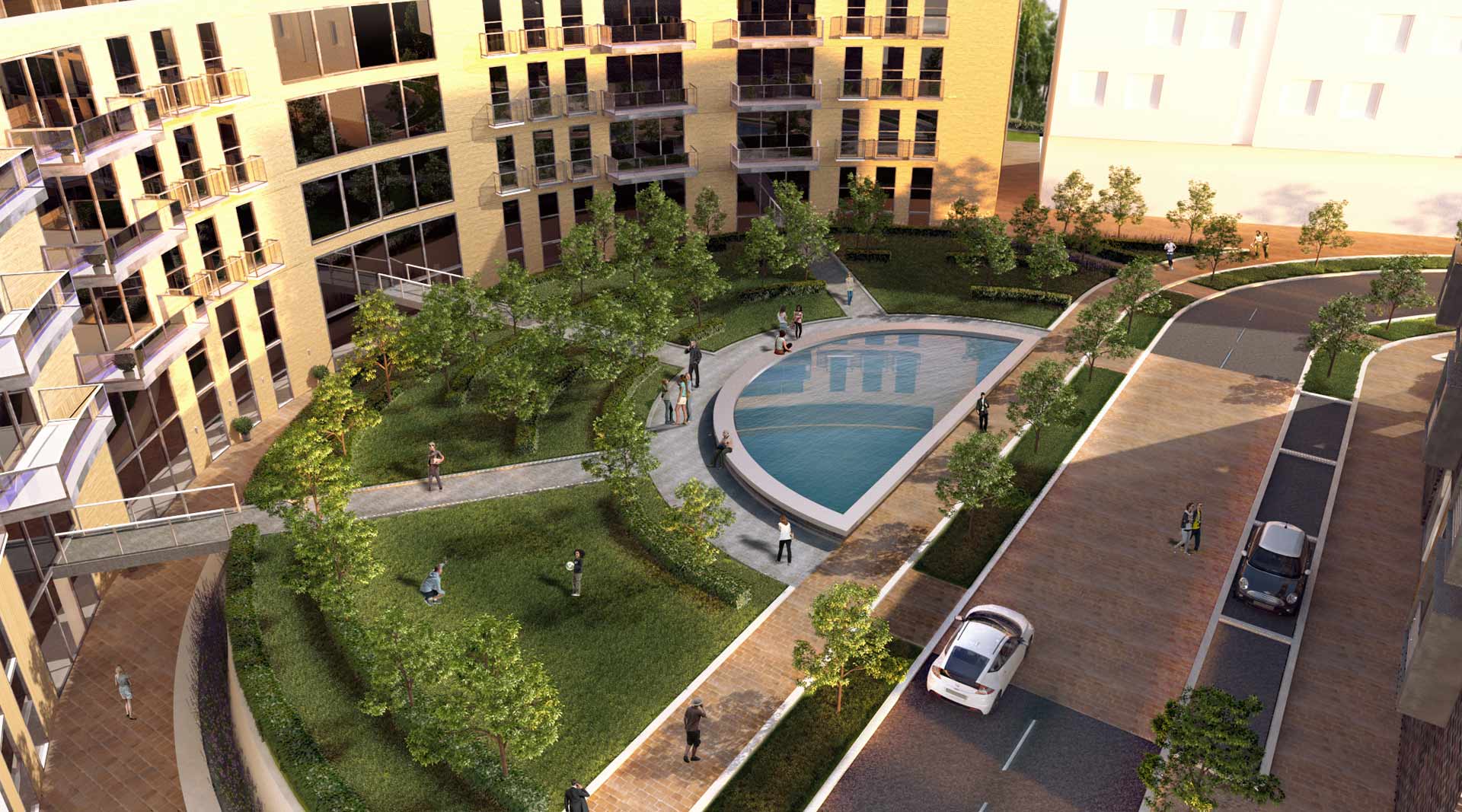 The landscape masterplan is based upon a series of permeable, planted boulevards and squares, giving a distinct sense of place and heirarchy. To enhance the scheme a series of semi-mature trees and hedges were carefully selected and included a mixture of native species along the boundaries with selectively chosen ornamental species within residential areas such as around the village squares.
The overall development has been based on a strategy to retain the majority of the mature trees and include enhancement where possible by introducing a variety of trees canopies. Hard landscape designs were developed to budget and Incorporate free draining (permeable) hard surfacing where possible to reduce surface water run-off. Working closely with the engineers and architects surface water attenuation features within the green open spaces were developed to hold water and reduce flash flooding during periods of high rainfall. 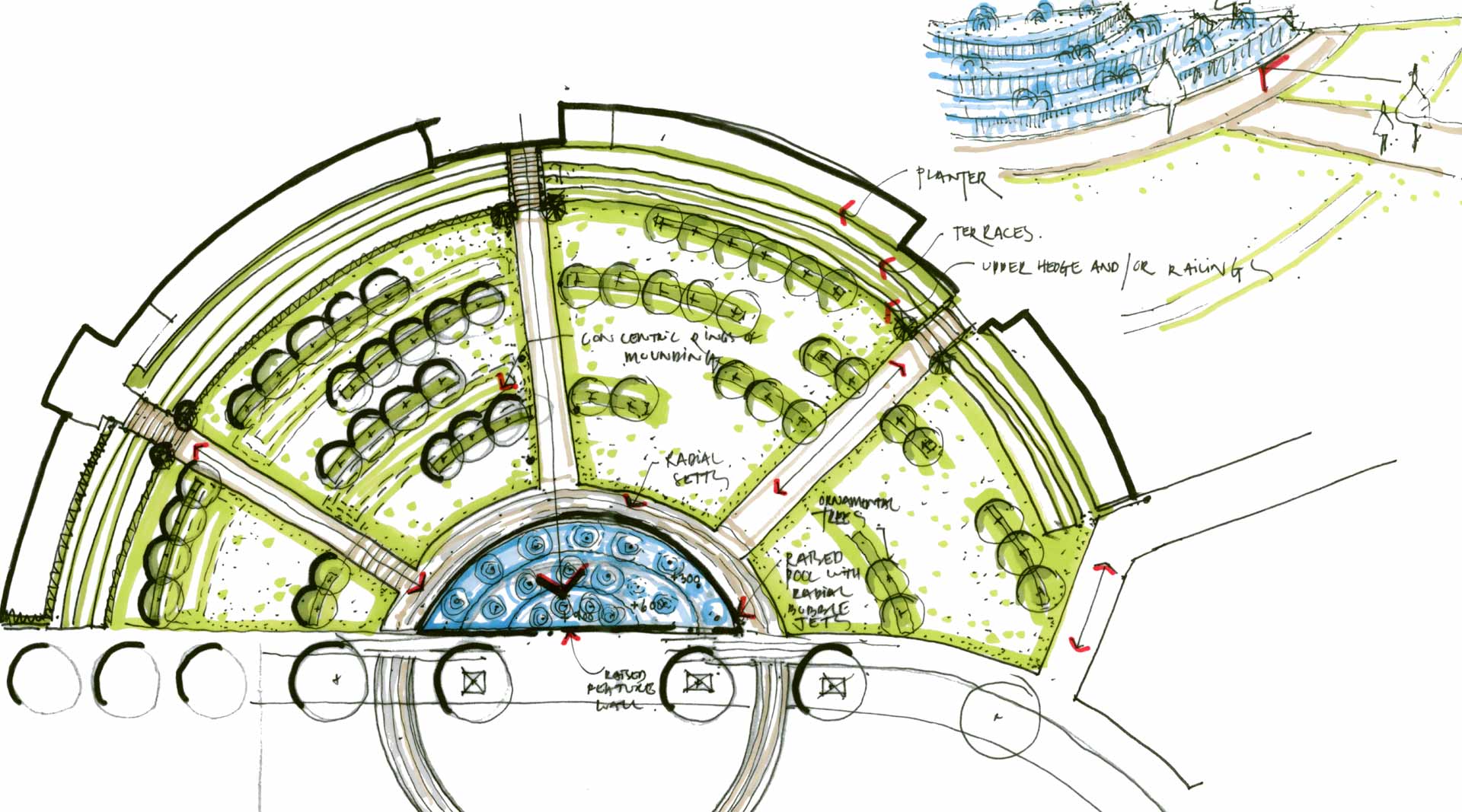 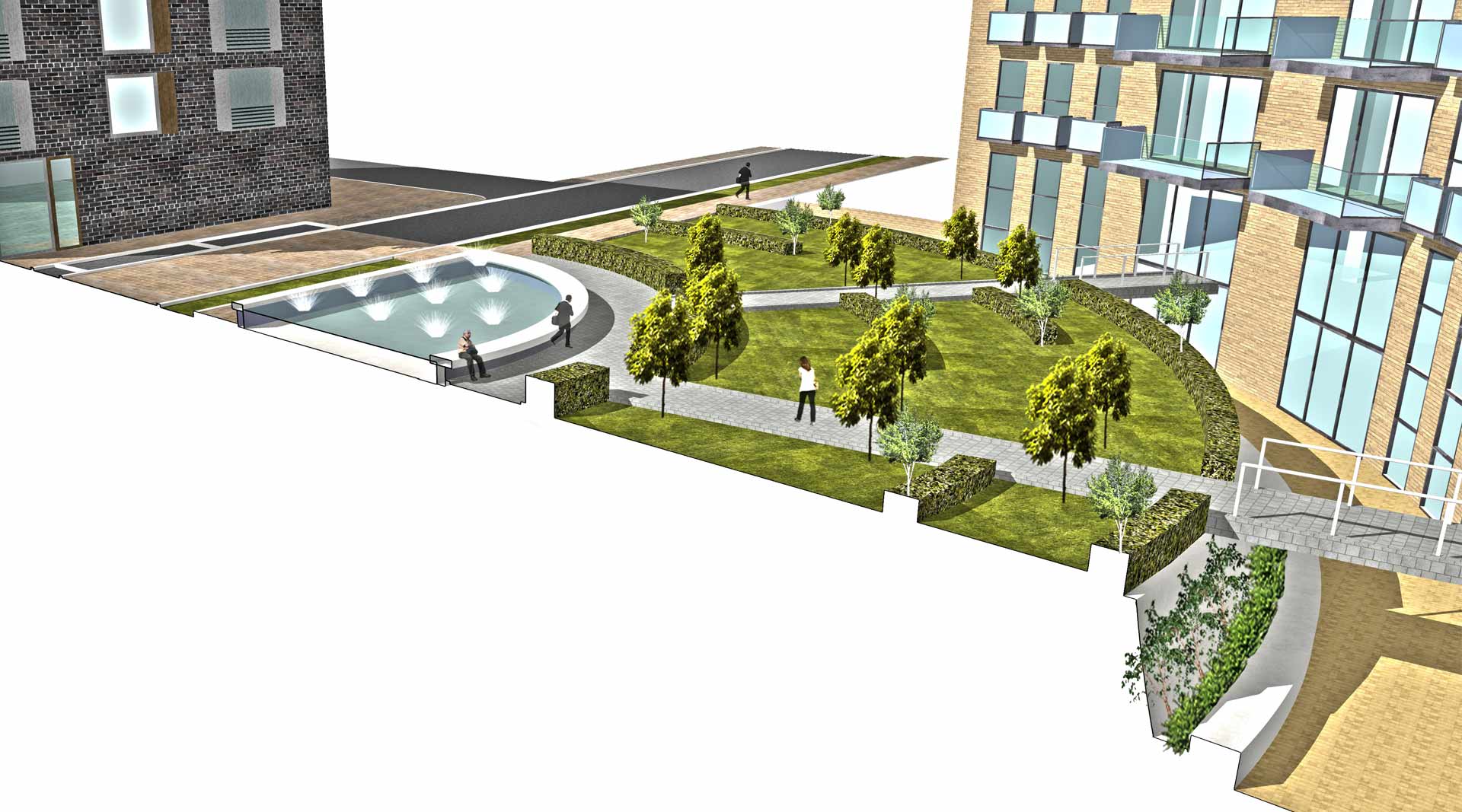 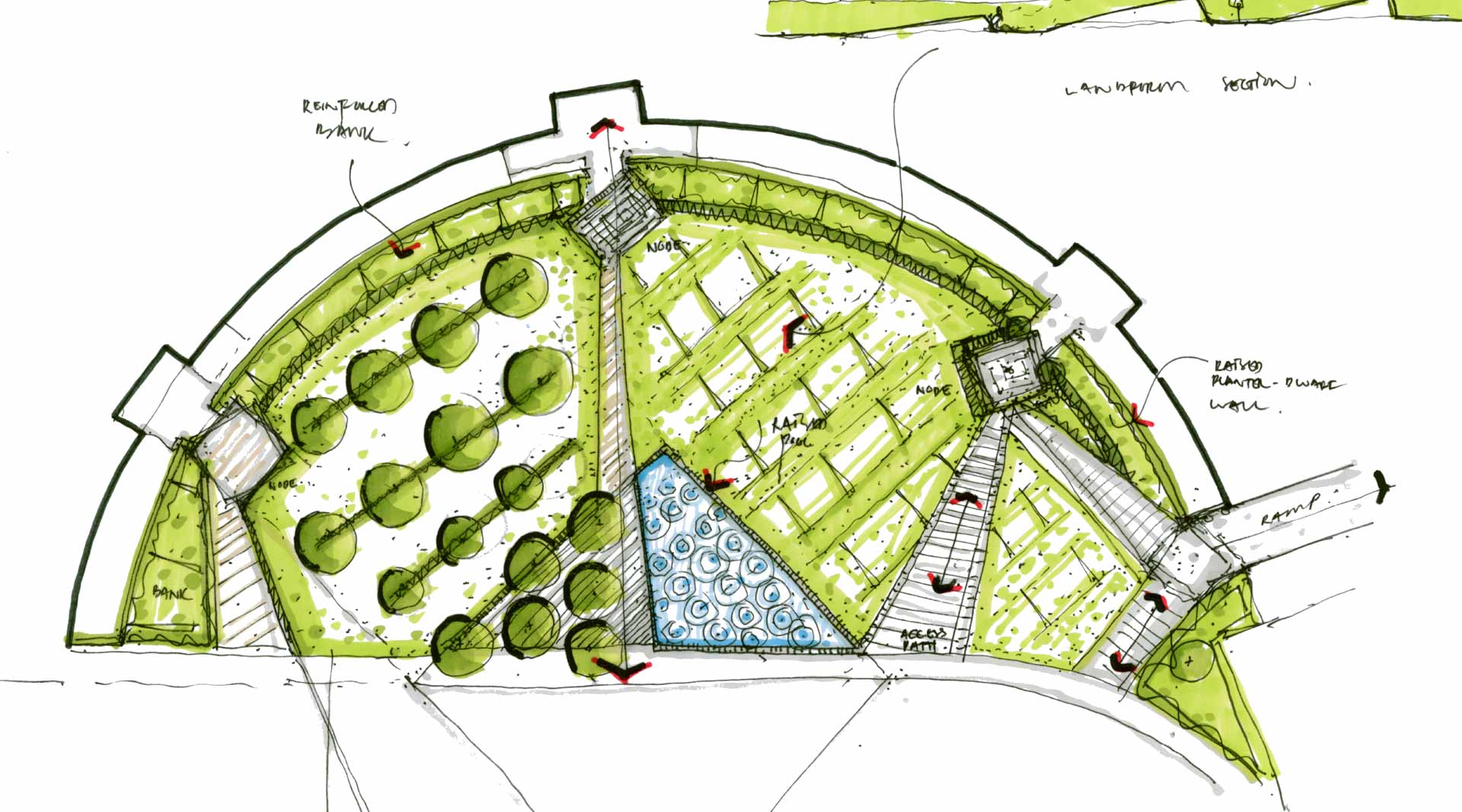