Liz Lake Associates was delighted to be invited to design a family garden for St Clare Hospice as it is so local to our office and such a worthy charity.  We visited the Hospice and spoke with staff and visitors and were very touched by the care and attention to detail that was provided, such as candle lanterns on the individual terraces for sitting out in the evenings to give just one example. The brief was to convert an existing rock garden and a small, dark, enclosed and largely inaccessible space into a pleasant family garden area for friends and visitors to sit and enjoy a cup of tea and relax.  We aimed to retain the cosiness of the enclosed space while bringing a little light into the area and establishing a connection with the wider green spaces. 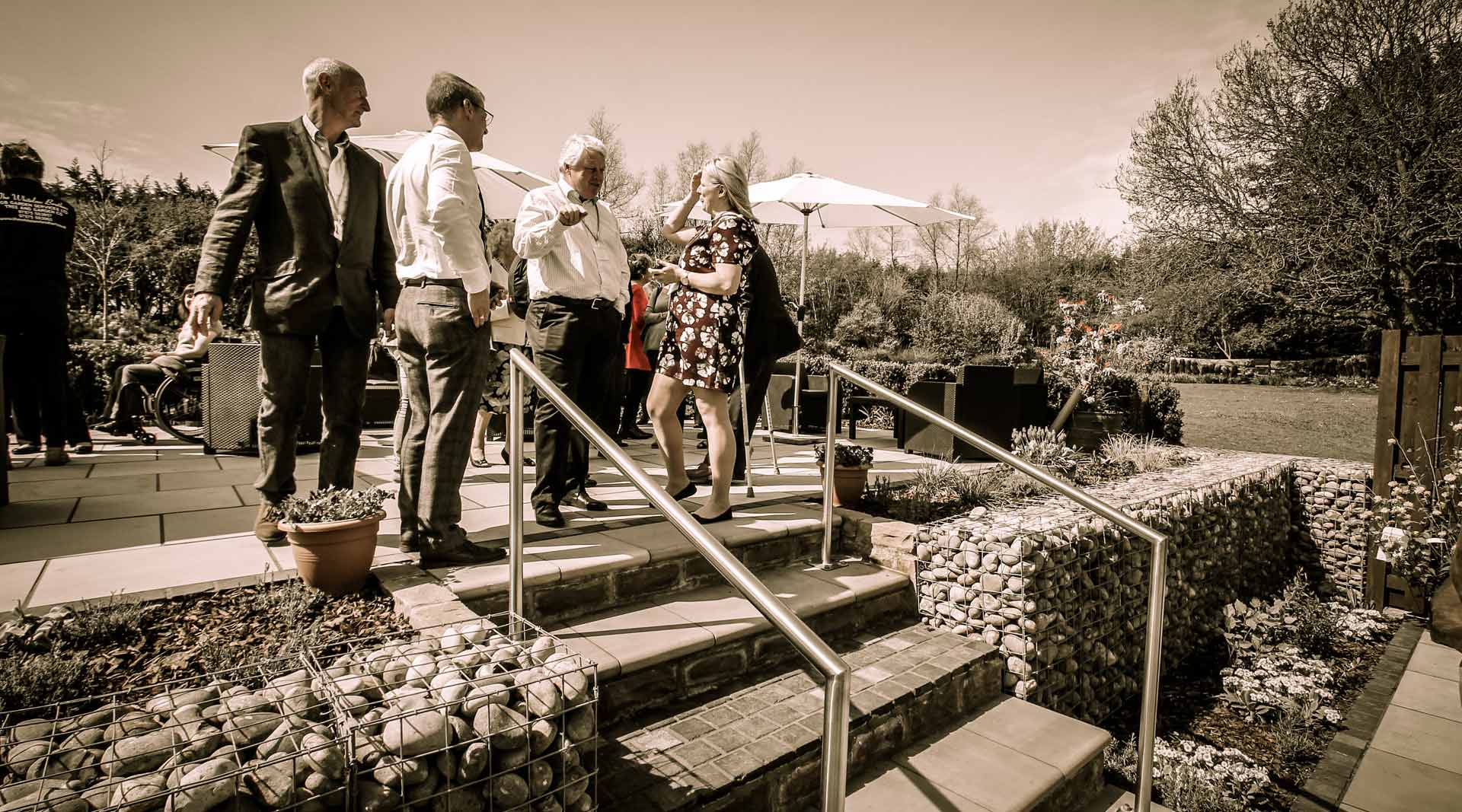 We designed the ground surfaces to run level and in similar materials as the indoor floor so that when the glass doors are open, the indoor space connects to the outdoors. We added wide decorative steps out into the adjacent green space and connected the two spaces together with three tiers of planting.  The lower tier within the terrace is low decorative planting, the middle tier is a wavy clipped hedge and the top (outer) tier is made up of prairie planting (soft grasses and tall herbaceous) on a scale to connect with the larger spaces outside.  The central feature is a formal pond with a raised edge suitable for sitting on.  We proposed porcelain pots with internal lights to create the gentle glow similar to candlelight, inspired by the individual terraces.

ITV reporter Kate Prout surprised staff, patients and volunteers to announce that the hospice had won a £50K grant from the People’s Millions after a public vote in late November 2013. The garden has now been implemented and was ‘officially’ opened by patron and TV horticulturalist Christine Walkden. 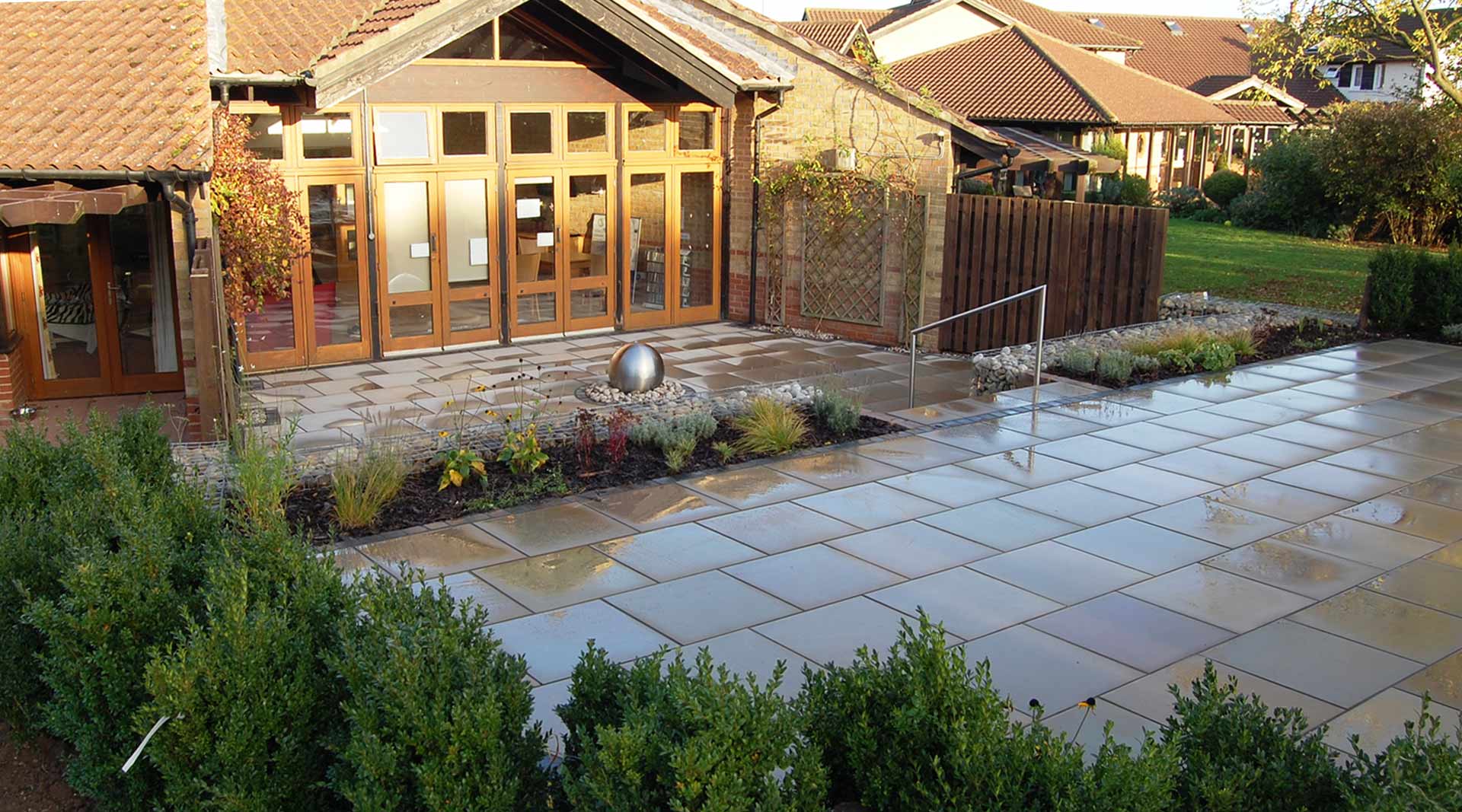 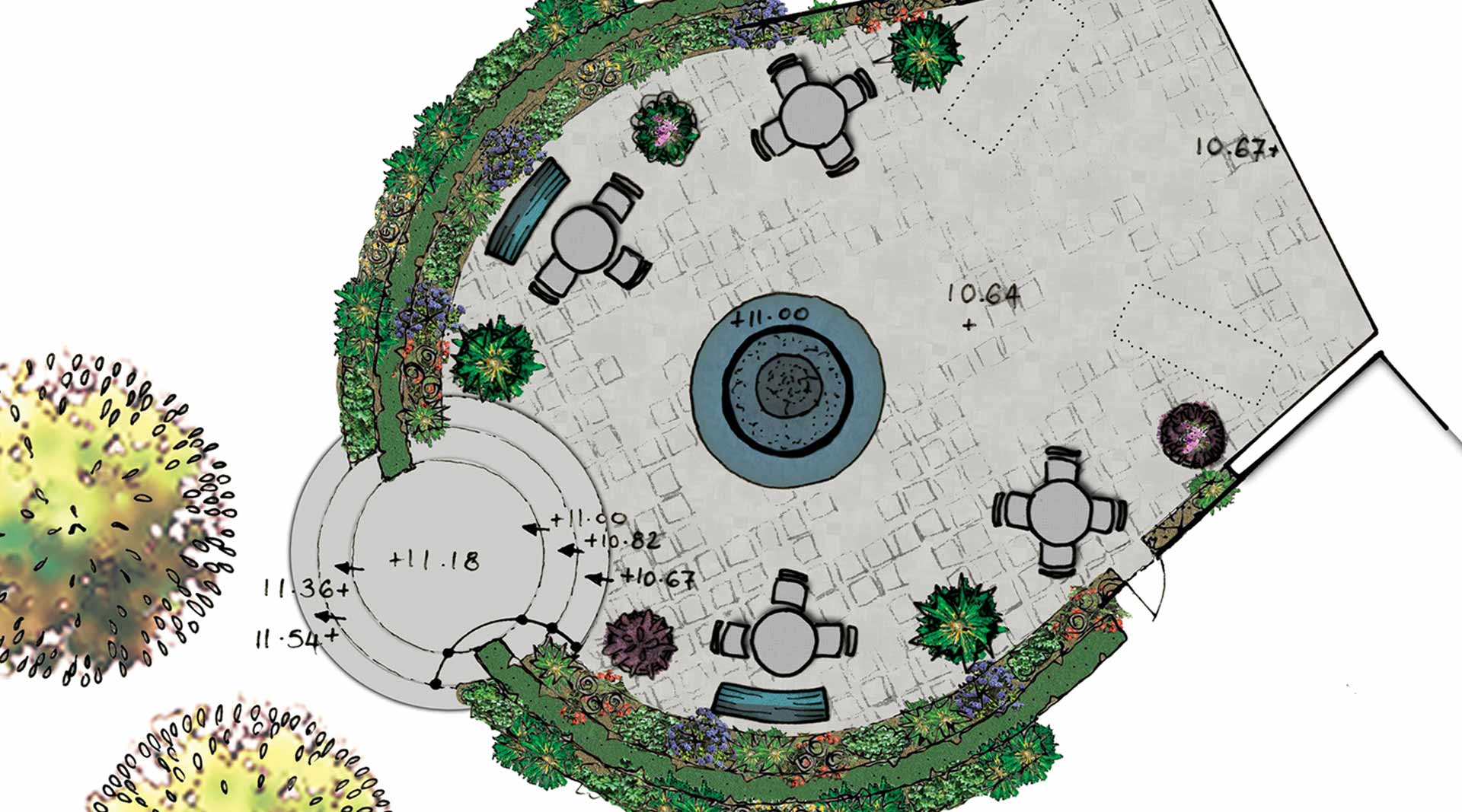 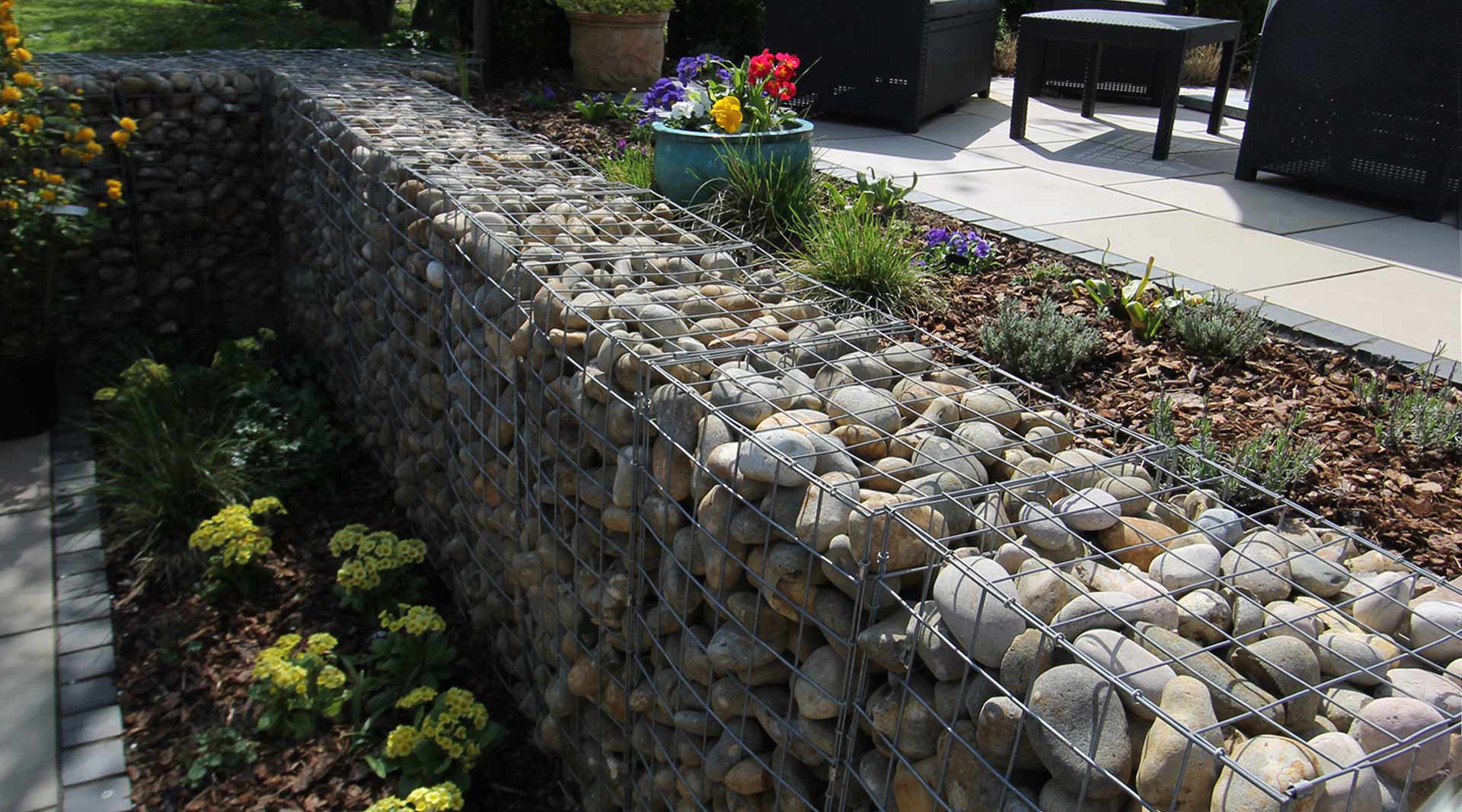