Liz Lake Associates worked as part of a team led by Purcell Architects with North Norfolk District Council to develop exciting landscape proposals for Cromer West Prom. The west prom was hit heavily by adverse weather conditions and high tides on numerous occasions affecting businesses and causing large amounts of damage. In order to restore and futureproof the prom, North Norfolk District Council provided £1m of investment specifically for Cromer West Prom. Conceptual designs were presented to give ideas as to how the prom could use this fund to revitalise the promenade. 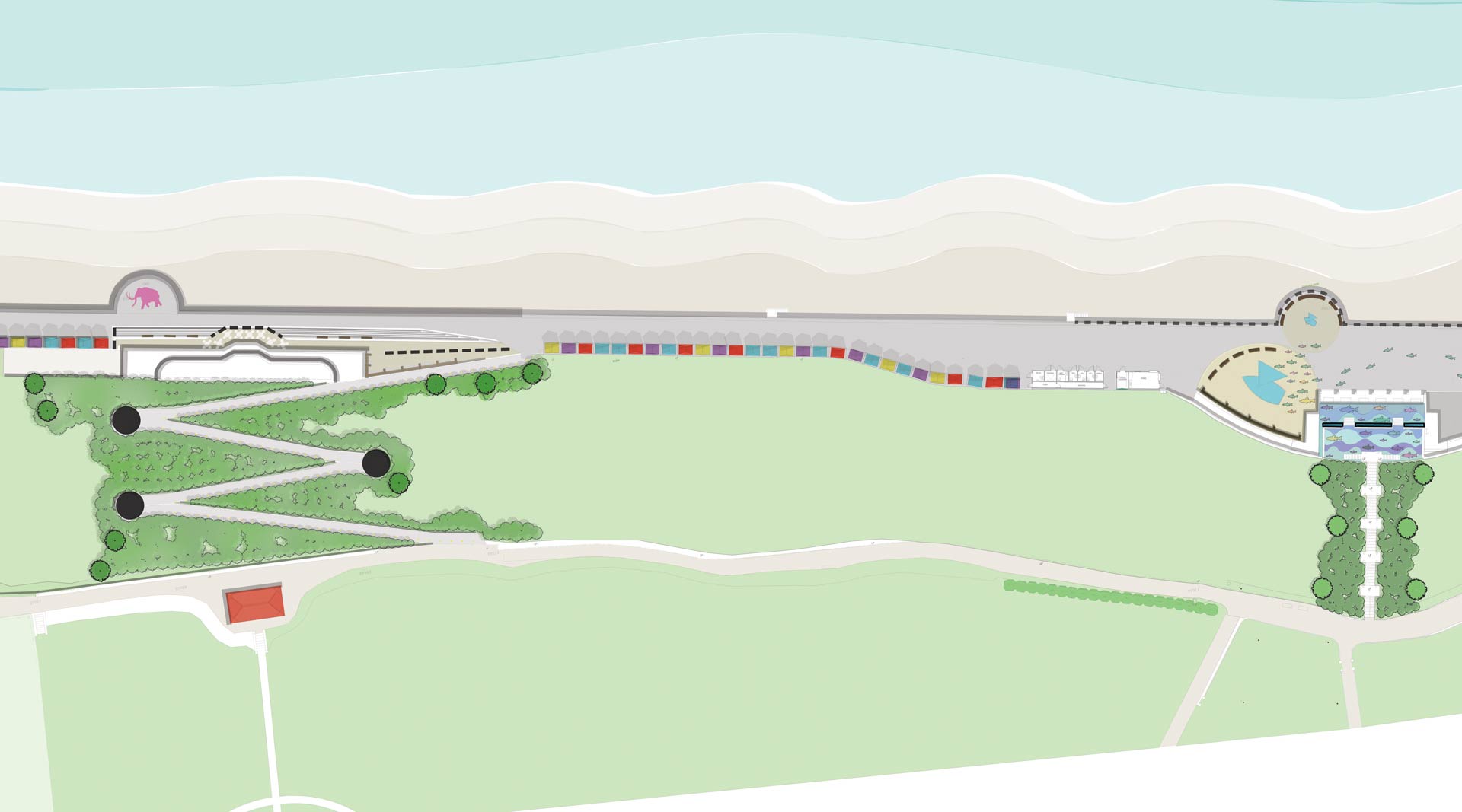 North Norfolk District Council had hopes to lavish attention on the prom which missed out on Cromer’s 2001-2006 regeneration project when £2m-£3m was spent on improving an area extending from the pier westwards to the bottom of the Melbourne Slope, and eastwards to the Rocket House. The West Prom scheme, which the Council made ready for the 2017 summer season, saw improvements to the viewing turrets, new public toilets and shower facilities, catering kiosk and themed children’s play equipment near the Anglian Water Pumping Station. 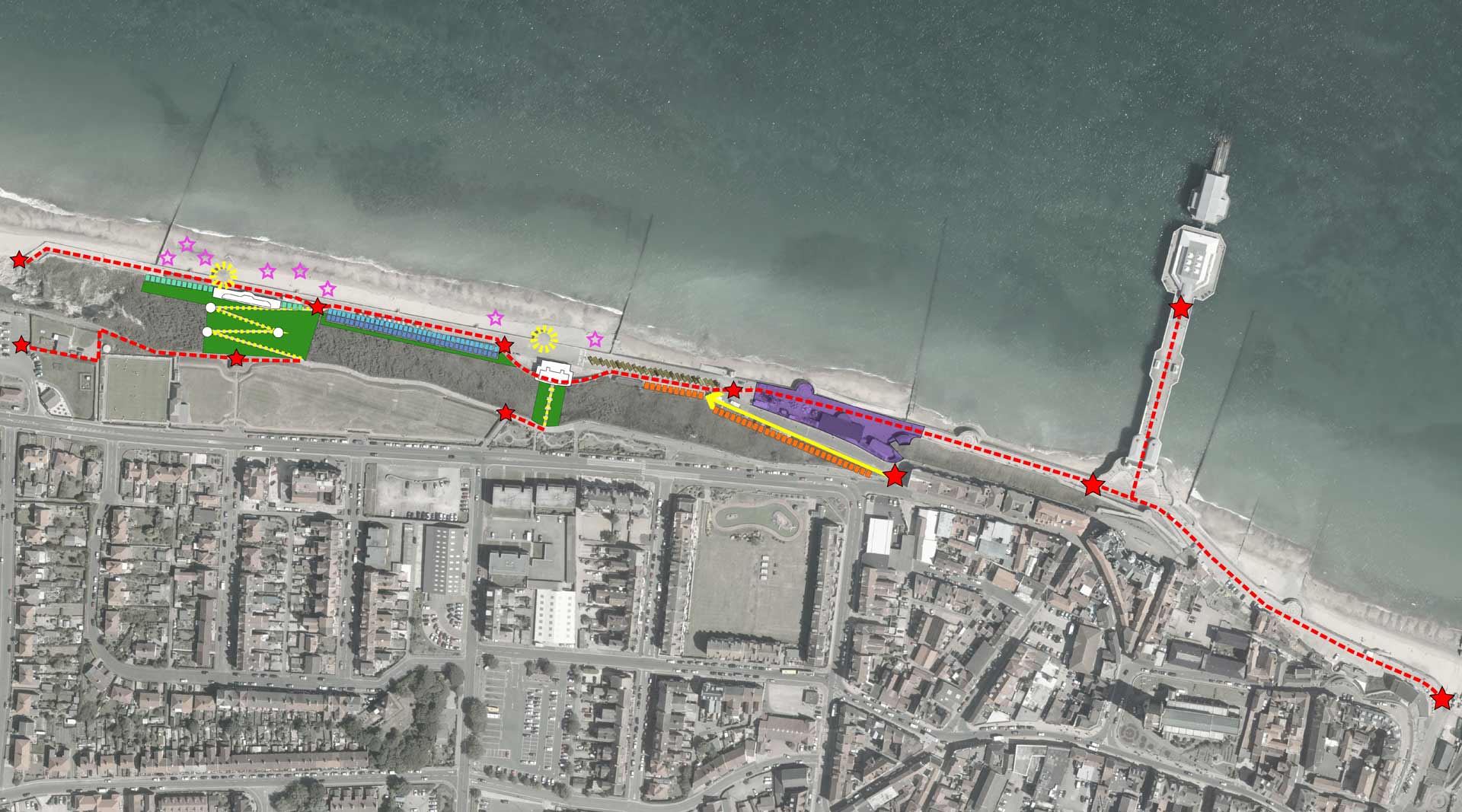 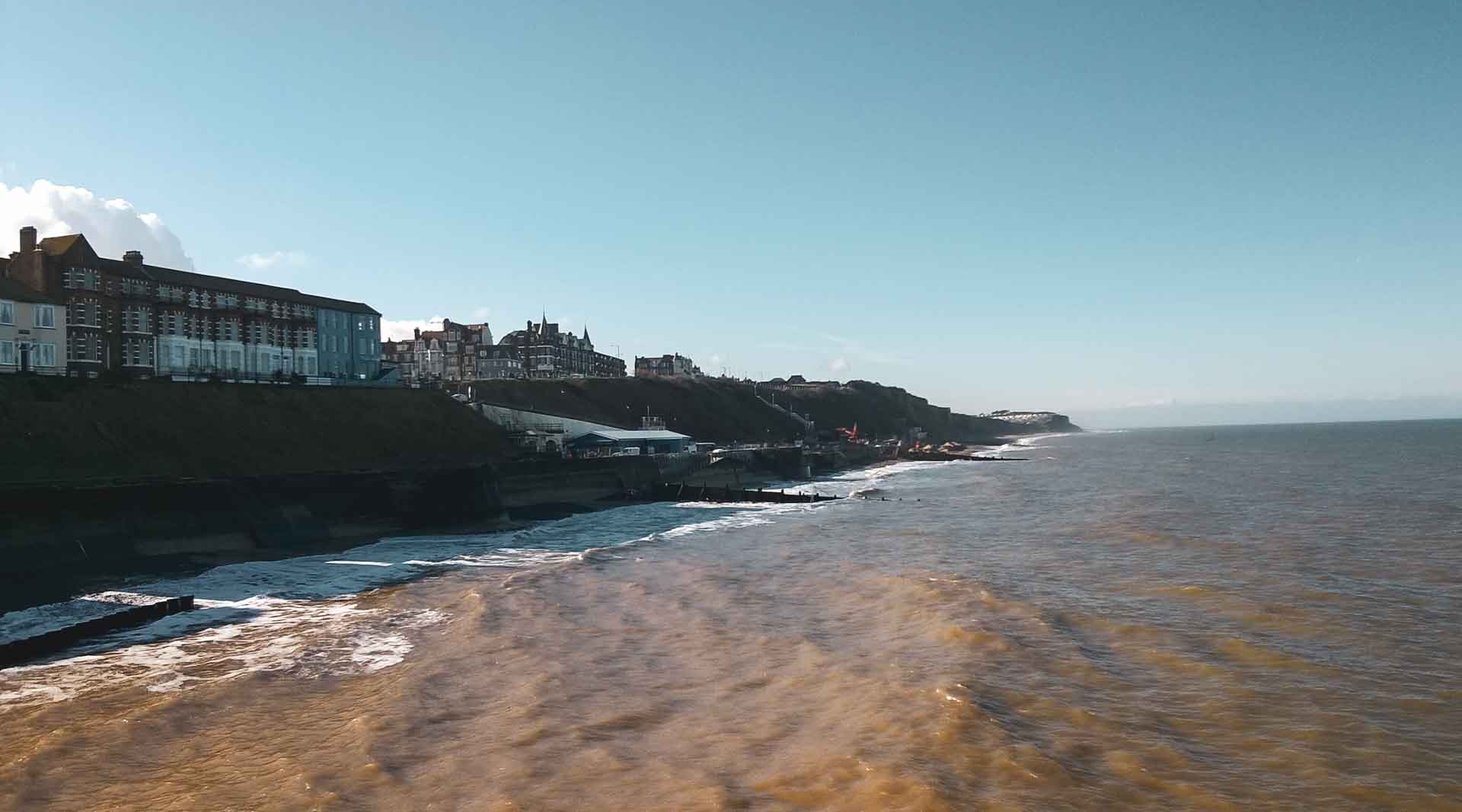 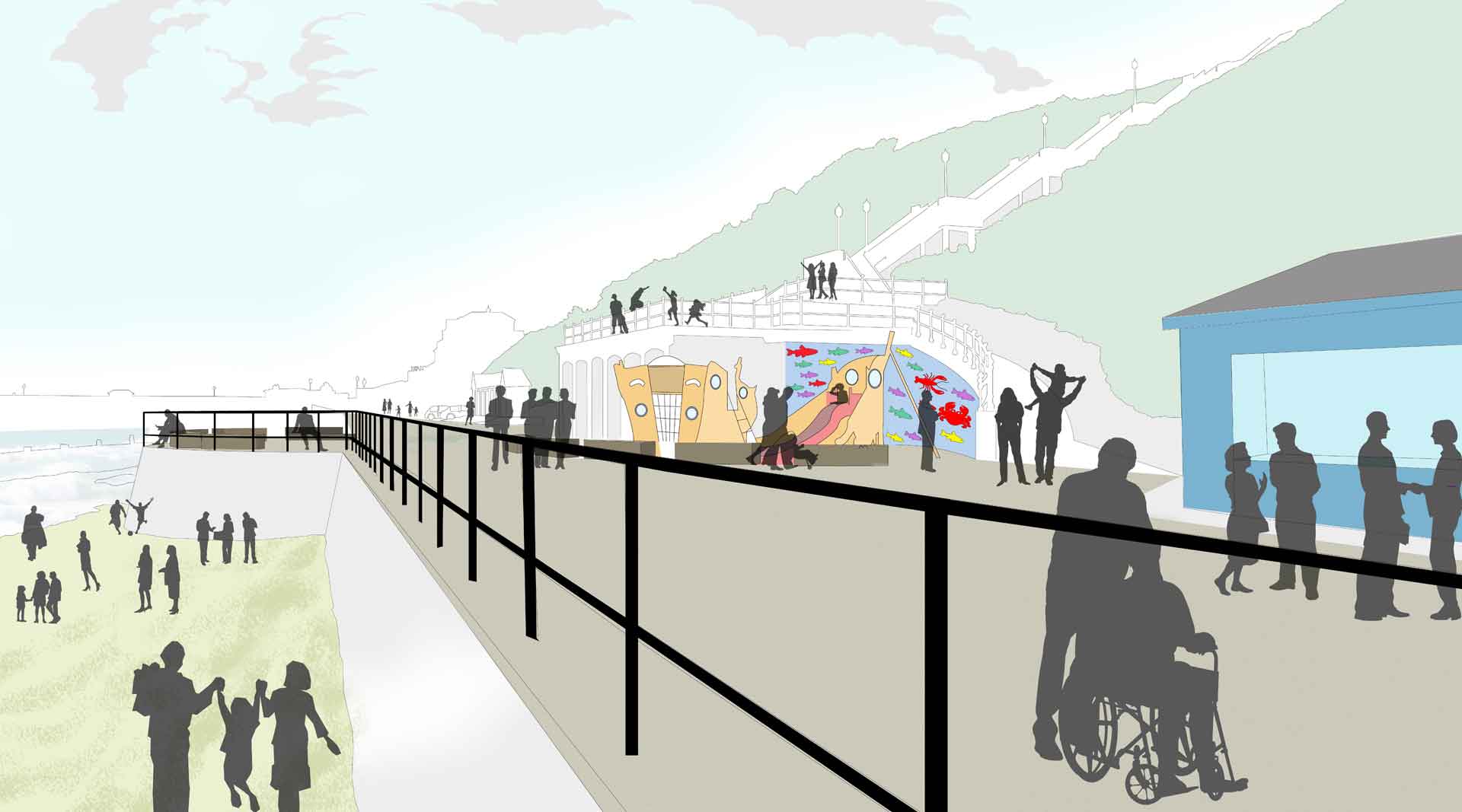